Mortgage Rate at an All Time Low – Meridian Credit Union

Mortgage rates seem to be getting a little better but do you qualify for this low rate? Ontario’s largest credit union has taken the term mortgage rate to an all time low— 1.49 per cent.

What are the criteria for this low mortgage rate?

The unusual offer from Meridian Credit Union, announced Thursday, comes with a few conditions, of course. The mortgage rate is only available for an 18-month term and house hunters have to be in such peak, qualifying shape that they’ll be able to withstand the mortgage rate shock that hits when the deal is over.

The savings in the meantime are substantial. Compared to a typical five-year fixed mortgage rate of 2.59 per cent, homeowners would pay about $1,600 less over the 18-month term for every $100,000 borrowed, says Rob McLister.

“I had to read it twice,” says McLister with a laugh. “I haven’t seen a deal like this before. It is a truly spectacular rate.”

There are so many conditions attached, and the term so limited, the rate cut wasn’t expected to even raise even an eyebrow in Ottawa where federal officials have been keeping a close watch on Canada’s two hottest.

If anything, this low mortgage rate offer is more about raising Meridian’s profile and reminding house hunters that credit union is strong in a fiercely competitive market.

If anyone has benefited from Ottawa’s crackdown it’s credit unions which, unlike federally regulated banks, operate under a slightly looser set of rules that have allowed them to take on some buyers now being rejected by the banks.

Over the last three years, Ontario credit unions have averaged annual growth of 10.6 per cent in the residential mortgage sector, says Art Chamberlain, a spokesperson for Central 1, the umbrella organization for credit unions in Ontario and B.C.

In large part Ontario credit unions now account for about $21.7 billion in residential mortgage lending because they’ve become bigger, wealthier and more sophisticated thanks to consolidation.

Because they are so flush with cash, credit unions have become more aggressive in their rate offerings. As well, they are using mortgage broker networks more to reach first-time buyers and the self-employed.

“They are quite thorough. You can’t go in as a self-employed person and just write a note saying ‘I make this much money, give me a mortgage.’ But they do have easier qualifying rules.”

Usually a bank will either say yes or no, credit union will increase the rate if there is an increase risk.

“Their challenge is their rates. That’s why you’re not seeing huge volumes of business going there.” 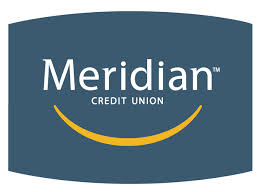